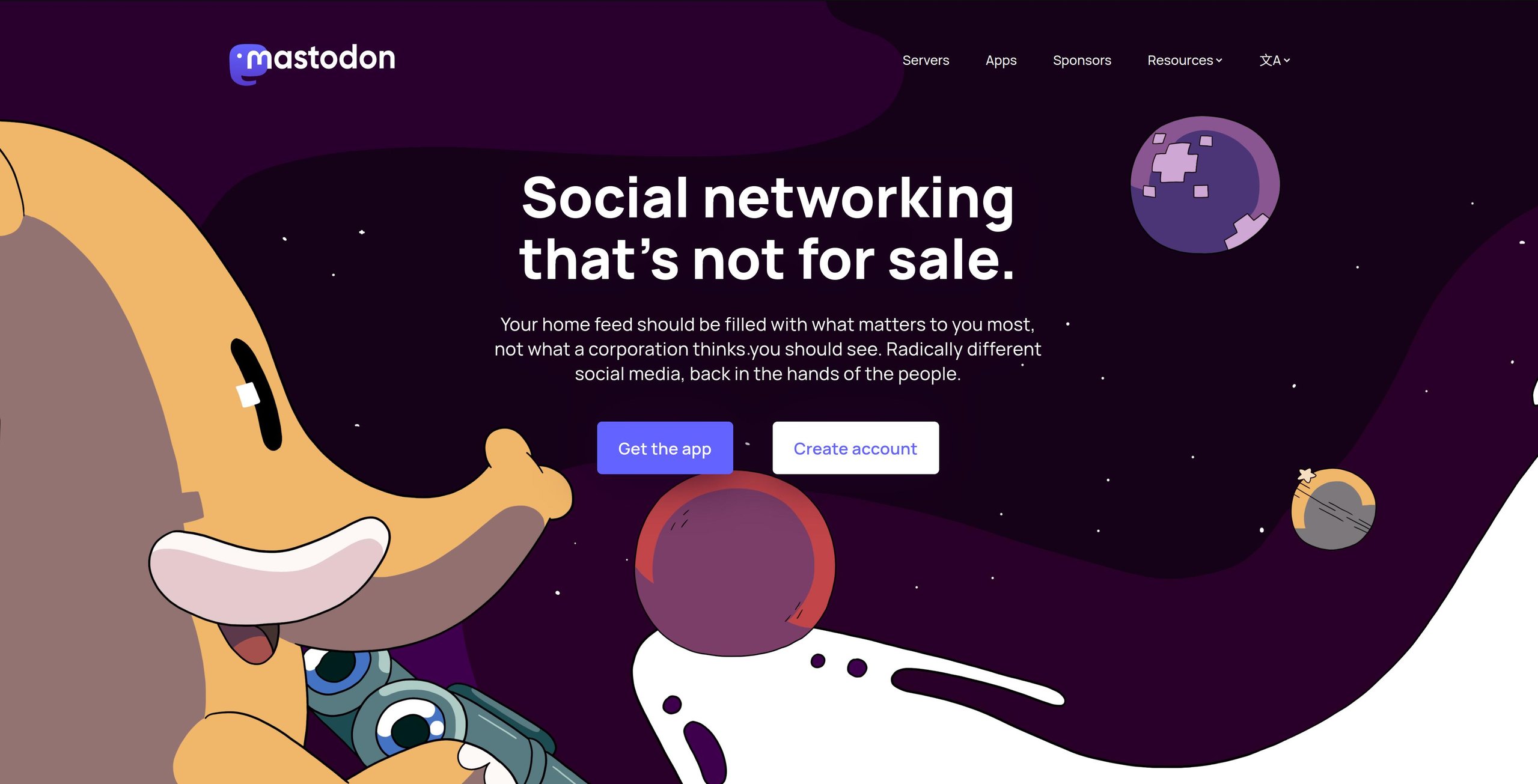 Mastodon is a free and open-source self-hosted social networking service. It allows anyone to host their own server node in the network, and its various separately operated user bases are federated across many different servers. These servers are connected as a federated social network, allowing users from different servers to interact with each other seamlessly. Mastodon has microblogging features similar to Twitter, or Weibo, although it is distinct from them, and unlike a typical software as a service platform, it is not centrally hosted. Each user is a member of a specific, independently operated server. Users post (by default) short messages called “toots” for others to see, and can adjust each of their post’s privacy settings. The specific privacy options may vary between sites, but typically include direct messaging, followers only, public but not listed in the public feed, and public and posted to the public feed. The Mastodon mascot is a brown or grey woolly mammoth, sometimes depicted using a tablet or smartphone. Because there isn’t a single central server for Mastodon, each operating server has its own code of conduct, terms of service, and moderation policies instead. This differs from traditional social networks by allowing users to choose a specific server which has policies they agree with, or to leave a server that has policies they disagree with, without losing access to Mastodon’s social network.

offers:
microbloggingsocial network
Rated 5 out of 5
Review of Mastodon

Mastodon seem’s like a trade-free social network. Unlike Facebook, there are no ads and no data collection. The guy who’s developing it relies on donations and the fact that it’s decentralized with you being able to even run your own served node of mastodon makes it very trade-free. And in the settings you have the control to choose who can see your posts. Of course you need to create an account for Mastodon with your email address and any name, but I won’t consider that as a trade, since that’s the whole point of a social network – to keep in touch with your friends and socialize with other people – and you need an account for that, right?