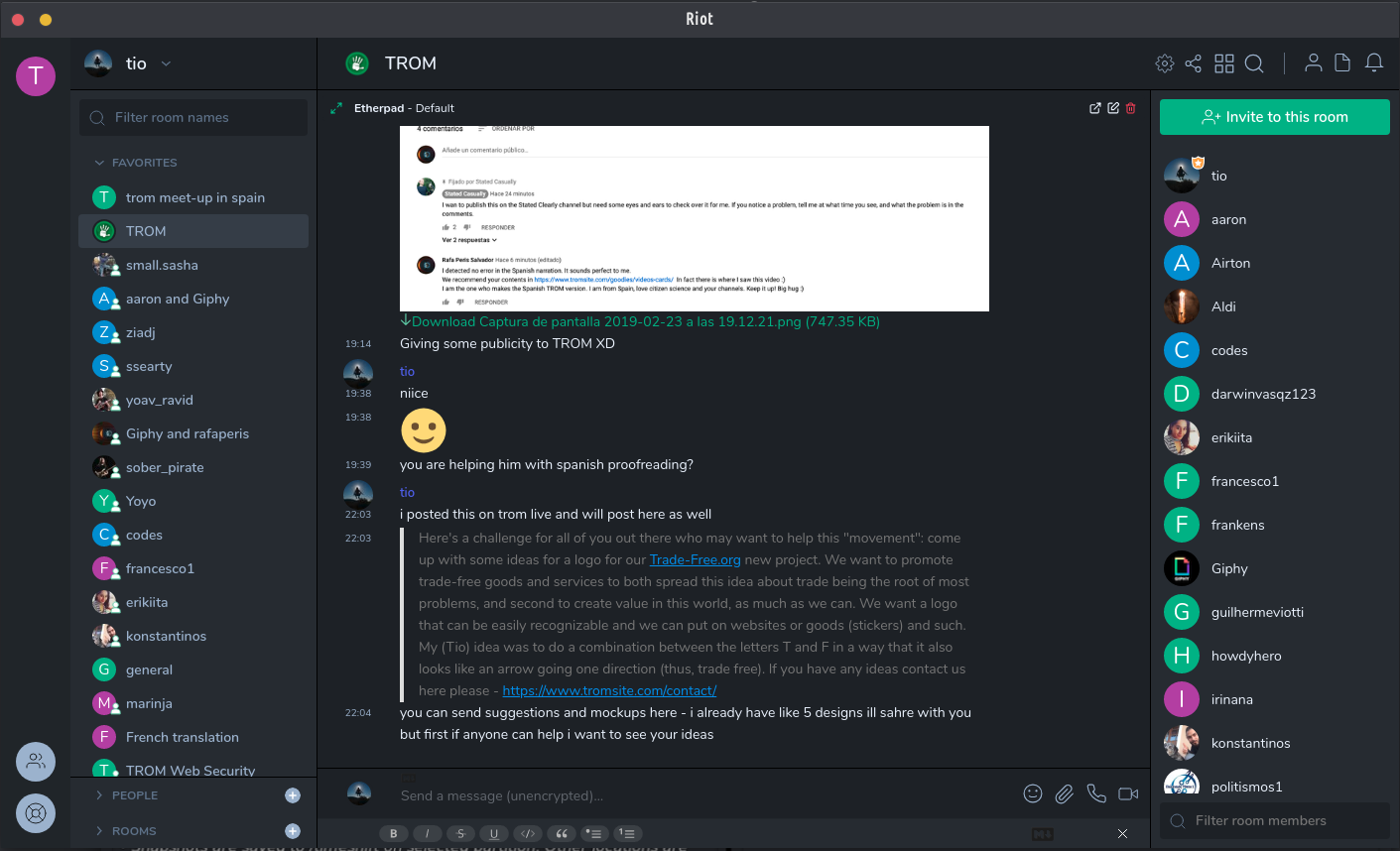 Element (formerly Riot and Vector) is a free and open-source software instant messaging client implementing the Matrix protocol. Element supports end-to-end encryption, groups and sharing of files between users. It is available as a web application, as desktop apps for all major operating systems and as a mobile app for Android and iOS.

Riot itself, the application, is trade-free. Anyone can install it on their own servers and edit it as they want. Do not confuse it with one of its implementations, Riot.im, which is mainly trade-free but they also push some paid features (like faster messenger and such) through their Riot instance. Thus, Riot (the application itself), is indeed trade-free.