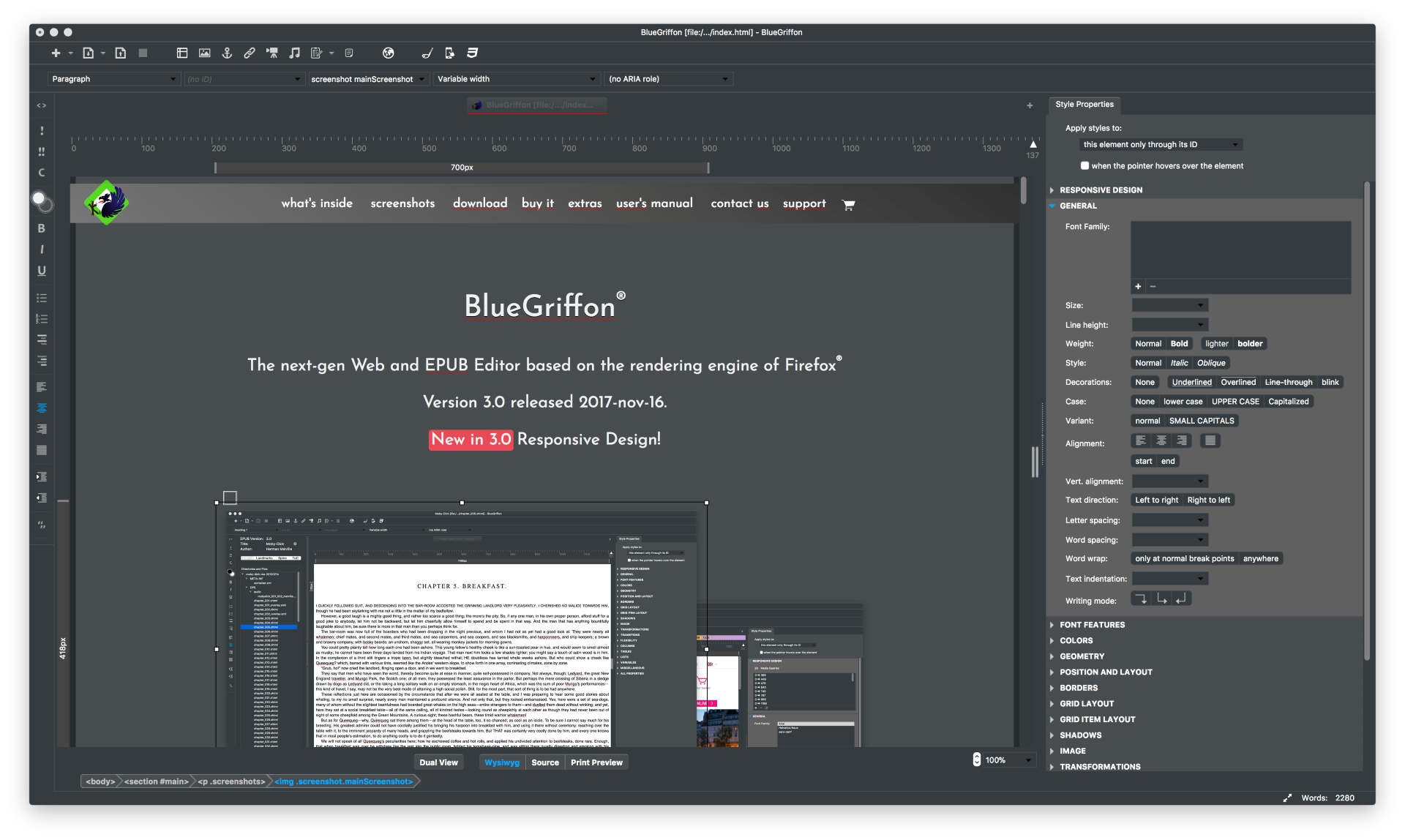 BlueGriffon is a WYSIWYG content editor for the World Wide Web. It is based on the discontinued Nvu editor, which in turn is based on the Composer component of the Mozilla Application Suite, which was previously known as Netscape Composer, which was bundled with Netscape Gold before it was renamed to Netscape Communicator. Powered by Gecko, the rendering engine of Firefox, it can edit Web pages in conformance to Web Standards. It runs on Microsoft Windows, macOS and Linux. BlueGriffon complies with the W3C’s web standards. It can create and edit pages in accordance to HTML 4, XHTML 1.1, HTML 5 and XHTML 5. It supports CSS 2.1 and all parts of CSS 3 already implemented by Gecko. BlueGriffon also includes SVG-edit, an XUL-based editor for SVG that is originally distributed as an add-on to Firefox and was adapted to BlueGriffon.

offers:
HTML editor
Rated 5 out of 5
Review of BlueGriffon