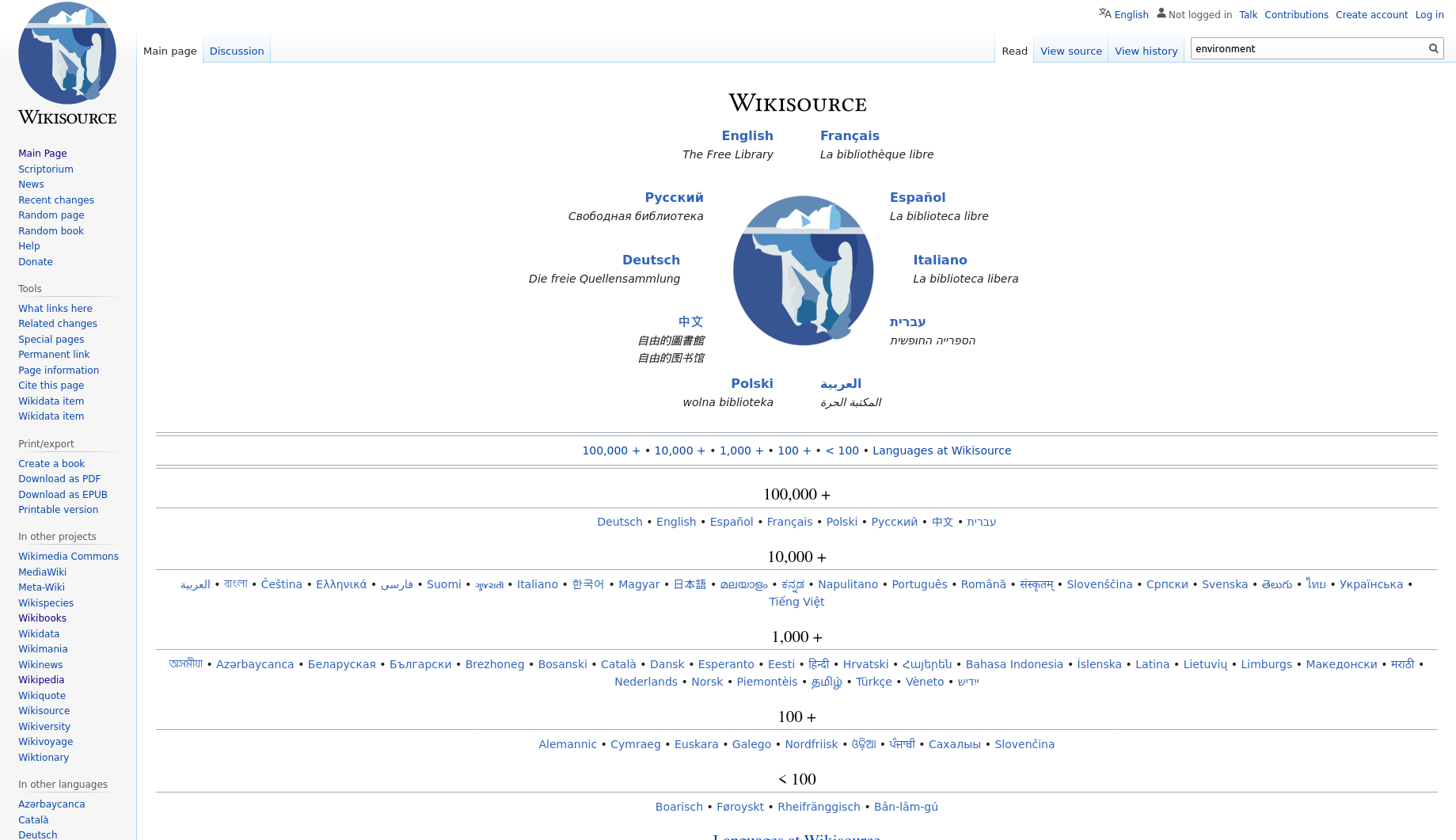 Wikisource is an online digital library of free-content textual sources on a wiki, operated by the Wikimedia Foundation. Wikisource is the name of the project as a whole and the name for each instance of that project (each instance usually representing a different language); multiple Wikisources make up the overall project of Wikisource. The project’s aim is to host all forms of free text, in many languages, and translations. Originally conceived as an archive to store useful or important historical texts (its first text was the Déclaration universelle des Droits de l’Homme), it has expanded to become a general-content library. The project officially began in November 24, 2003 under the name Project Sourceberg, a play on the famous Project Gutenberg. The name Wikisource was adopted later that year and it received its own domain name seven months later. The project holds works that are either in the public domain or freely licensed; professionally published works or historical source documents, not vanity products; and are verifiable. Verification was initially made offline, or by trusting the reliability of other digital libraries. Now works are supported by online scans via the ProofreadPage extension, which ensures the reliability and accuracy of the project’s texts. Some individual Wikisources, each representing a specific language, now only allow works backed up with scans. While the bulk of its collection are texts, Wikisource as a whole hosts other media, from comics to film to audio books. Some Wikisources allow user-generated annotations, subject to the specific policies of the Wikisource in question. The project has come under criticism for lack of reliability but it is also cited by organisations such as the National Archives and Records Administration.

offers:
textual sources
Rated 5 out of 5
Review of Wikisource

another trade-free project by the wikimedia foundation, that doesn’t ask for anything in return for providing their service.