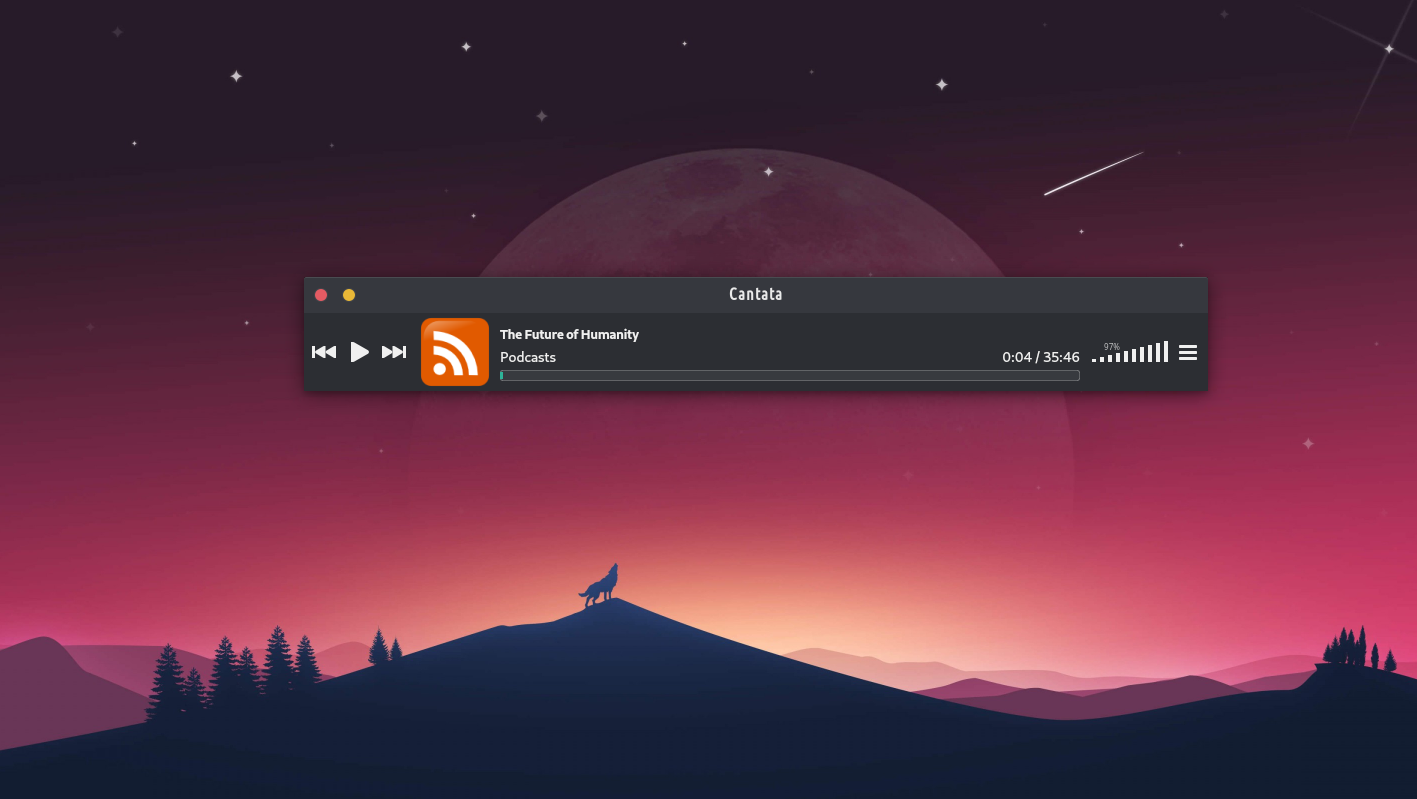 offers:
audio playermusic player
Rated 3 out of 5
Review of Cantata

W.A.I.T. : By using SoundCloud or other such internet services, this app indirectly pushes users into trades (data trading, attention trading). These services collect data about the users in order to allow users to use them, or may push ads (e.g. radio stations) for the same reasons.