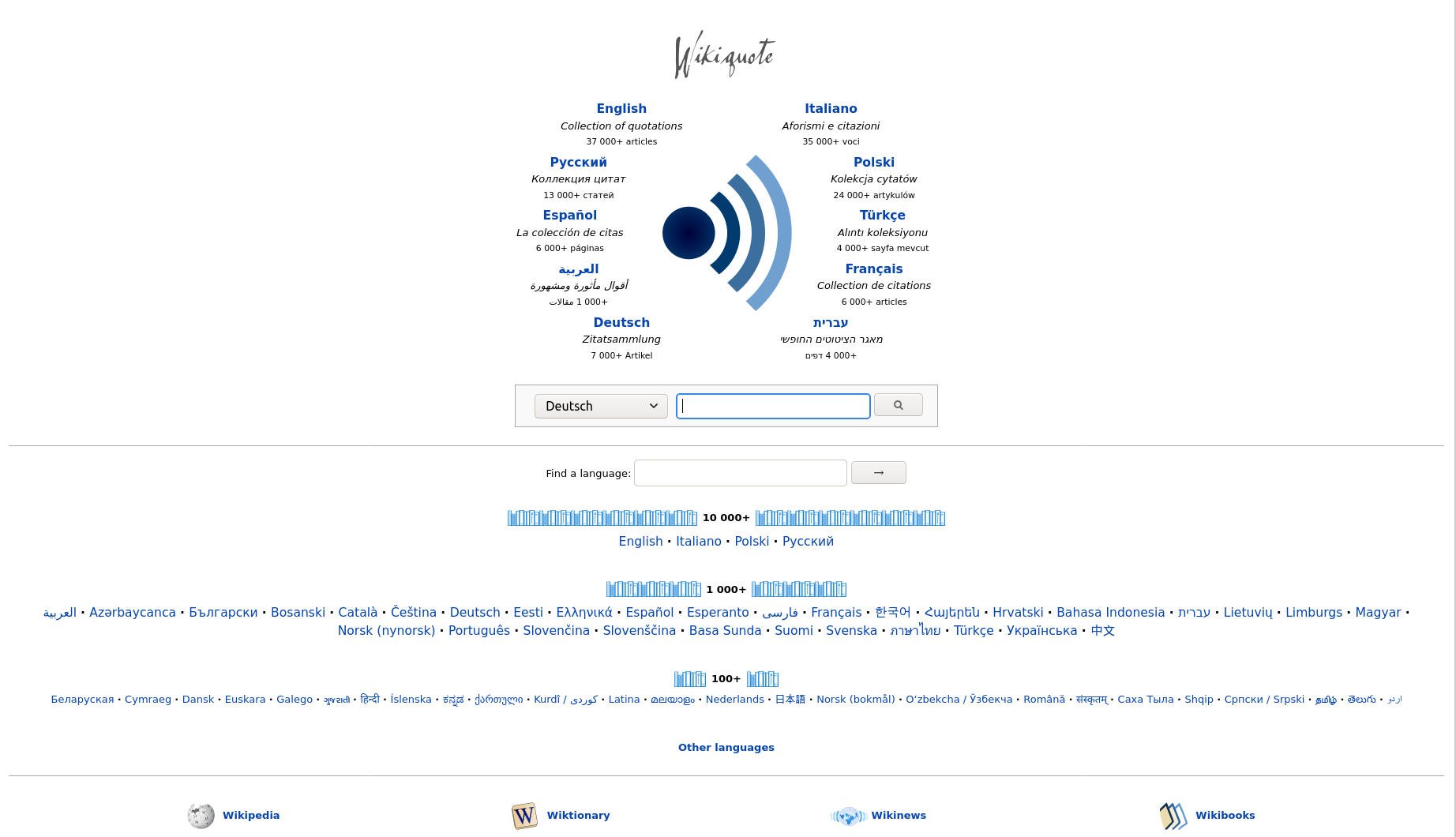 Wikiquote is one of a family of wiki-based projects run by the Wikimedia Foundation, running on MediaWiki software. Based on an idea by Daniel Alston and implemented by Brion Vibber, the goal of the project, which began as an outgrowth to Wikipedia Famous Quotations, is to produce collaboratively a vast reference of quotations from prominent people, books, films, proverbs, etc. and to be as proper as possible in regard to the details of the quotations and also providing the appropriate human reference of the quotation. Though there are many online collections of quotations, Wikiquote is distinguished by being among the few that provide an opportunity for visitors to contribute and the very few which strive to provide exact sources for each quotation as well as corrections of misattributed quotations. Wikiquote pages are cross-linked to articles about the notable personalities on Wikipedia. Initially, the project was created solely in English; a later expansion to include additional languages was started in July 2004.